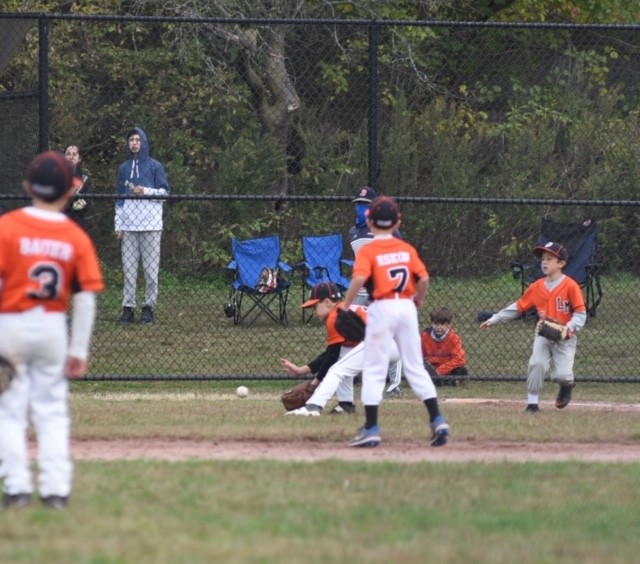 LMLL Baseball Travel had a very successful Fall, with 6 of the 13 teams finishing top 4 in the standings and/or playoffs, and the 8U team winning it all!

The 8U Tigers, playing together for the first time after an unprecedented and short Summer Rec season, were seeded #1 in the GVHBL 8B bracket after amassing a 14-2 regular season record.  They won their first three playoff games handily, and headed for a finals showdown with the Briarcliff Bears.  The game was a nail-biter, tied 3-3 after the six innings. But then the Bears put up 3 runs in the top of the 7th, and it was do-or-die for the Tigers. With one out and two runners on, the LMLL team produced 3 consecutive hits to score four runs and walk off the field as GHVBL champions!

Congratulations to all our Fall players, coaches and families on a great season!