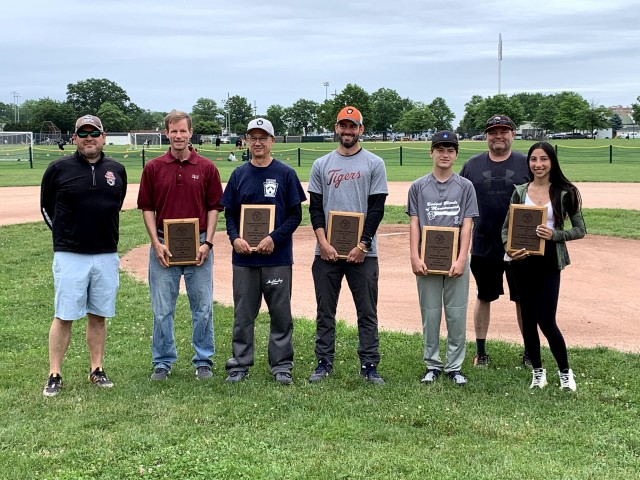 At the end of every Spring rec season, the LMLL honors a handful of individuals who demonstrated the combination of character, commitment and sportsmanship that we encourage all of our players, coaches and umpires to aspire to.

The Daniel Marcus Sportsmanship Awards are presented each spring season to a 7th grade (formerly 12-year-old) player in Baseball Majors or Majors+ and a 12-year-old player in Softball Majors who have demonstrated sportsmanship, teamwork and maturity during their Little League careers. The awards honor the memory of Daniel J. Marcus (1985-1998), a former player in our league. The Daniel Marcus Sportsmanship Awards are the only individual player achievements recognized by LMLL.

The George Allen Coaching Awards are presented each spring season to a coach in Baseball Majors or Majors+ and a coach in Softball Majors whom have been judged as their respective division’s Coach of the Year, based upon the following criteria:
The awards honor the memory of George Allen (1947-2007), a former coach and dedicated Board member in our league.

The Stephen Spina Umpiring Award annually recognizes an umpire who best exemplifies the goals and values of Little League:
The award honors the memory of LMLL umpire Stephen P. Spina (1971-2007), whose devotion to the league serves as an enduring model for the community.